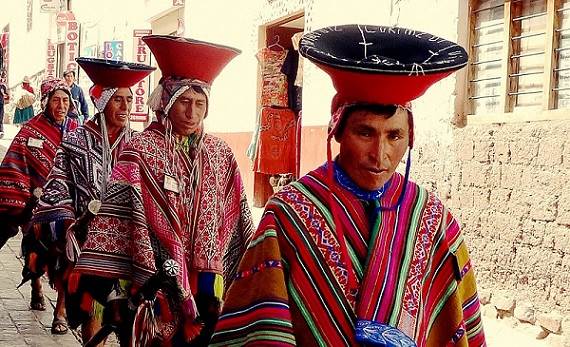 When, in our travels, we hear about the Incan Empire, we can understand that its formation is due to the sum of knowledge of countless civilizations that developed in Peruvian soil from time immemorial. That is why one then asks what is the true origin of the Andean culture.

Within the scientific community, Peru is one of seven countries that has an originating culture. That is to say that its people are descendents of a very developed ancient culture that has been modifying itself through 4 thousand years of history. The evidence that we rely on date to a civilization that had a complex social and political organization based on religious ideas and maintained by activities such as agriculture and animal husbandry.

In this period of American history, these cultural manifestations are known as the formative period of the High Andean Culture, which runs from 2000 B.C. to 300 A.D. and was presented as a subject for study for the first time in the XVI century with the arrival of the Spaniards.

In view of the impressive architectural works of the Incas and their complex way of viewing the world, the Spaniards were anxious in finding out how it had been formed through the years. Therefore, in order to be able to compare it to the development of Spanish culture, the chroniclers dedicated themselves to collecting the oral traditions of the indigenous communities for future study. In order to better understand the relics that have reached us, we should understand the origins of Andean culture, which has different theories that attempt to explain which were the events that formed the thinking of the Peruvian man and what affect they had on posterity. The importance of knowing

It is important to know that the explanation given by the tour guide will depend on the position that he/she has in respect to ancient Peruvian history. Therefore, some will explain different versions of the same event, like the origin of the Inca empire – that may have been in Huaraz or in Cuzco – or if there were connections between the Mayas and the Mochicas or not.