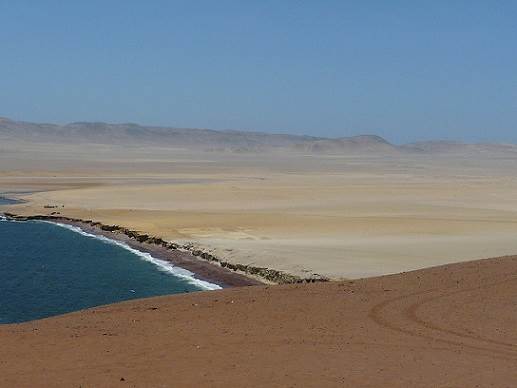 There is nothing like leaving the city for a few days to return with renewed energy to our routine. Peru gives us the possibility of seeing marvelous destinations outside urban areas in which we can interact with nature and enjoy life in a very simple and enriching manner.

In addition to admiring its impressive presence, the Peruvian ocean is perfect for doing sports as different as surfing, scuba diving or fishing. This last one is the most practiced due to the fact that our coast has a variety of microclimates which also includes endless species which are difficult to find together in other places.

The waters of Paracas

The coast in the south of Peru is influenced by the Humboldt cold water currents. And one of the places with higher concentration of fishes is Paracas, in the Ica region, located four hours north of Lima.

Being the only protected area of the country having a marine ecosystem, the Reserve of Paracas has a natural allure which invites tourists not only to see communities of sea lions and guano producing seabirds, but also to go in to fish in its calm and imposing sea. It is possible to get big fishes like the silky shark, the bonito, the labrisomid, the Peruvian grunt, the sardine, the anchoveta, the butterfish, the grouper, the corvina, the lorna and the spectacular sole, which inhabits the sand beaches with moderate waves, like the Lomitas beach, located in the south part of Paracas.

One of the agencies organizing fishing tours to Paracas of two to three days is Inca Expeditions, whose service includes pick-up in Lima, transportation to the Bay of Paracas, lodging at a hotel chosen by the visitor, half day of fishing in the Lomitas beach (approximately from seven in the morning until one in the afternoon), food and return to the city of Lima.

In the half day of fishing, the equipment is included, which consists of the transportation boat, the baits, the bait thrower, nets with handle and the fishing string, whose thickness will depend on the size of the fish.

The best hotel to rest in Paracas is the Double Tree Guest Suits by Hilton which, in addition to its ample suites with view to the bay, has a spa, poolside lounge (Bar Los Navegantes) and restaurant (El Candelabro), offers visitors the opportunity to do tours to the Reserve and windsurfing, kite surfing and other water sport lessons.

In addition to eating at the hotel’s restaurant, we can also enjoy the local gastronomy at the Restaurante El Chorito (Paracas avenue, no number), highlighted for its seafood platters like the Tiradito de Lenguado (marinated fish), the Chita al Limon (lemon grunt), Arroz con Mariscos (rice and seafood) and typical Ica dessert: tejas, made from dulce de leche, raisings, walnuts, dried lime and covered with caramel and sugar.

The average temperature in Ica is 68º F, but the winds of Paracas, which can reach 20 miles per hour, make it necessary to carry a windbreaker and sun block with lotion so we don’t get dry skin.