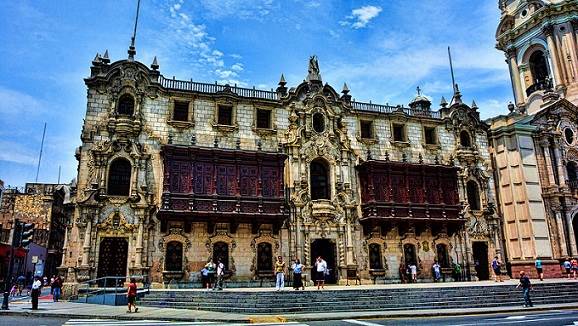 The cities of Lima and El Callao already have a complete “Guide of Architecture and Landscape”, elaborated by the Junta de Andalucía and the Universidad Ricardo Palma, which was presented on Friday at the cultural center of Ccori Wasi, in Lima.

This guide has 478 pages and presents the urban history of Lima, “The City of Kings”, plus an iconography that includes a collection of ancient maps of the city founded by Francisco Pizarro; moreover, it proposes five tours of distinct neighborhoods to be done in a chronological manner.

Its outstanding feature, which cost 68,700 euros for 3,000 units, is that its authors had access to unknown and unpublished maps found in the Indias Archives (Archivo de Indias) and national libraries in Madrid, Lima and Washington which show the evolution of a city that multiplied its population by ten in the last sixty years.

A team of seven architects and professors of the University Ricardo Palma, led by Enrique Bonilla, and four photographers coordinated by Leily Li Li, have worked during five years in the elaboration of this guide, which has a superior quality compared to other guides found in the local market.

Juan Espada, the Housing Counselor of Andalucía (Spain), emphasized during the presentation that they finance these types of guides to countries with which they share a common past, and in this sense he likened Lima to Seville (Spain). Enrique Bonilla stressed the city’s complexity due to its long history, only comparable to Mexico in America, and praised the merits of an unknown city planner like Pizarro, who designed the initiation of the viceroyalty in 1535.

Among the city’s curiosities, Bonilla enhanced the fact that during two centuries it had city walls that were never attacked, despite the pirates’ threats and the strength of the marginal neighborhoods where over two thirds of the city’s population live.

Lastly, the University’s rector said this is more than a guide, it is Lima’s urban landscape, and predicted it would shortly become a work of reference and consultation for architects, historians and travelers. “It is not a street guide, here you will trap the soul of the city”, he concluded.