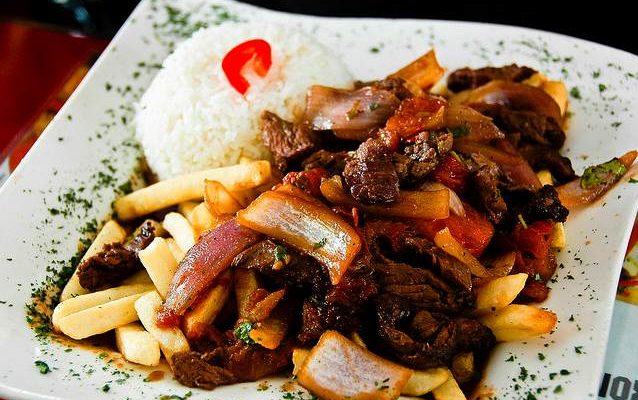 One of the many benefits that hundreds of years of waves of immigration has brought to Peru is new ingredients, flavours and cooking styles that have added to the already diverse and rich local culture.

Lomo saltado, in some ways, reflects Peru’s rich cultural diversity in just one dish – well, some of it anyway! Clearly influenced by the Chinese stir-fry (and cooked in a wok), the red wine and tomatoes are additions from Peru’s Spanish heritage, and cumin made it throughout Europe after travelling the spice trail from the Middle East. And how could we forget the potatoes – native to the Andes, and a staple of Peru long before they made it into the UK’s fish and chips!