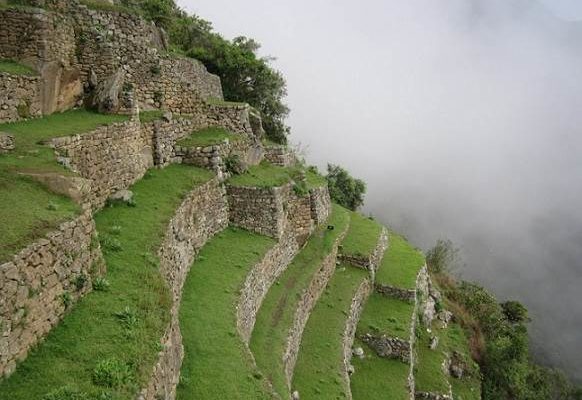 No trip to Peru is complete without a visit to Machu Picchu, the magnificent, but once-forgotten, Inca city. But since it is one of the most popular tourist destinations in the world, you can probably guess you won’t be alone when you visit the site. Therefore, it pays to plan your visit in advance so you’re sure to get the most out of your day at Machu Picchu.

There are several ways to get to Machu Picchu. One of the most popular is the Inca Trail, a four day hike through the Andes mountains along centuries-old Inca-constructed stone paths. If you plan to hike the trail, you’ll want to book your spot well in advance. You must go with an approved tour guide company, and the Peruvian government limits the number of people on the trail (which includes trekkers, guides, and porters) to 500 per day. It is recommended you make reservations six-to-eight months in advance.

For those who do not have four days to spare to hike the Inca Trail, or who just prefer a less exhausting way of arriving at Machu Picchu, you can hop on the Peru Rail in Cusco and the train will take you to Aguas Calientes, nearly four hours away. Aguas Calientes, known as Machu Picchu Pueblo and famous for its hot springs, lies along the banks of the Urubamba River at the base of Machu Picchu. From there, you can catch a bus that will take you up an extremely windy, one-lane dirt road to the entrance to Machu Picchu. If that doesn’t sound like much fun, you can also walk to the top by taking the dirt road that leads out of Aguas Calientes toward Machu Picchu and take a right after you cross the bridge, following the signs for the path leading to Machu Picchu. This method of arrival, though less nauseating than the bus, involves some major, major stairs … so don’t say we didn’t warn you.

No matter how you choose to get there, you must purchase an entry ticket into Machu Picchu. If you hike the Inca Trail, your tour company will likely book your entry pass for you … it costs just under $100 USD and is recommended to be booked a few months in advance. The government limits entrance into Machu Picchu to 2,500 visitors per day.

How much time to spend there

We strongly recommend you arrive at the site as early as possible. For this reason, it’s advisable to arrive the day before and stay overnight in Aguas Calientes. If you’re looking for things to do while you kill time until the next day, take about a half-mile walk down the gravel road leading out of town. After you cross the bridge, take another road to the right. Here you’ll find, almost hidden, the Museo de Sitio Manuel Chavez Ballon. This simple, but valuable, museum will give you a great overview of the history of Machu Picchu, including insight into the Inca culture, as well as details on how the city was constructed. Allow about an hour to go through the museum. The cost is about $6 USD/person. It’s open from 9:30 am – 4:00 pm and is closed on Tuesdays.

We arrived at Machu Picchu around 6:30 am and spent a full eight hours there. This was the perfect time to arrive as the ruins remained shrouded in the early morning mist. The weather combined with the architecture created one of the most beautiful, surreal experiences we’ve ever had. If we had arrived mid-day, the site would have had a completely different feel. Also, if you arrive mid-day, as most tourists do, it will be very crowded. Arriving early and staying late allows you to experience the site in a bit more solitude. And besides, you won’t have as many people spoiling your photos. Devoting a full eight hours to explore the site allowed us to hike to several of the attractions nearby the ruins and still left us enough time to explore the city twice – once with a guide, once without.

Caretakers Hut: An open hut close to the entrance of Machu Picchu. Its position allowed grounds caretakers to oversee the city. It has been restored with a thatched roof, as it would have originally had.

Agricultural Terraces: Dozens of terraces surround the city and flow down the cliff sides. These were used to grow crops. The stone walls that create the terraces are actually twice as tall as they appear. The height of the wall that extends below the ground is equal to that which extends above it. This design reinforces the strength of impressive structures and allows them to withstand the tests of time. Temple of the Sun: The only rounded building at Machu Picchu, this structure contains two windows through which the sun would pass on the summer and winter solstices. The structure is believed to have served as an observatory for Inca astronomers determining information for crop cycles.

Royal Tomb: Although not visually obvious to the casual visitor, the three-tiered stepped structure represents the three levels of Inca existence – the underworld (represented by a snake), the present life (a puma), and the heavens (the condor).

Quarry: Large granite slabs the Incas used in the construction of Machu Picchu.

Intihuatana: A stone structure the Incas used to show the position of the sun during solstices. This was integral in planning their agricultural cycles. It’s known as the “hitching post of the sun” because during the June solstice, the sun is directly above the pillar, eliminating any shadow and appears hitched to the stone.

Sacred Plaza: An area dedicated to worship, including the Principal Temple, the Sacristy, the House of the High Priest, the Temple of Three Windows, and the Intihuatana.

Temple of the Condor: The temple is named for two granite slabs that resemble the wings of the condor. The condor is an important symbol in Inca society, as it represents one of the four Inca deities. It is believed that the temple contains alters on which mummies were placed as ceremonial offerings to the condor.

Hike up to the Sun Gate (“Intipuncu”): This site is about a 45-minute hike up from Machu Picchu, but the view from the top makes the extra effort well worth it.  Trekkers on the Inca Trail often wake up early to arrive at the site and watch the sun rise behind Machu Picchu.

Take a look at the Inca Bridge: This bridge is about a thirty minute walk from Machu Picchu city. From the main overlook, head to the right if facing away from the ruins. The bridge is closed for passage, but it’s interesting to have a look at as it is essentially three logs attached to a cliff-side that the Incas used to cross.

Climb Huayna Picchu:  This is the iconic peak behind the ruins. The number of people allowed to climb it per day is quite limited, so arrive first thing in the morning, or reserve your pass ahead of time. It’s extremely steep.