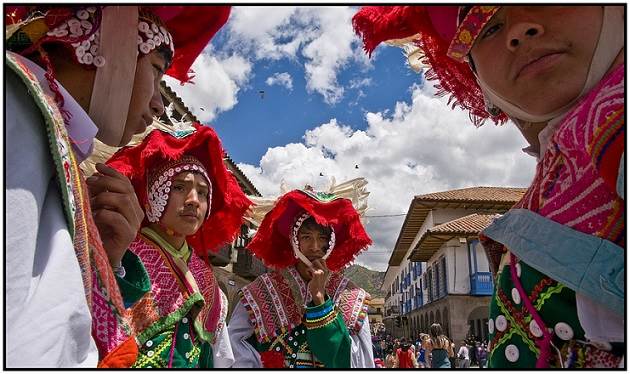 From Italy to the Caribbean and even the United States (Mardi Gras), Carnival is celebrated in practically every region of the world with Catholic roots. The celebration traditionally falls in the days preceding Ash Wednesday, which marks the start of Lent, a period of 40 days where practicing Catholics typically abstain from parties and rich foods, while engaging in fasting and other activities viewed as pious. Historians believe this is where Carnival came into play.

In the days leading up to Lent, all those rich foods – including the stockpiles of alcohol – needed to be spent and what better way than throwing a huge block party to get rid of it all (it’s like eating a box of brownies smothered in ice cream before starting a new diet).

When thinking of Carnival in South America, the first vision that likely comes to mind is scantily clad women costumed in elaborately ornate headpieces Samba-ing their way through Rio de Janiero. While true for Brazil, the Portuguese-speaking nation isn’t the only place to get a piece of the Carnival action; Peru has a few parties all its own.

Streamers, balloons and confetti color the streets, as do the costumed participants swaying topandilla, a traditional Peruvian dance. Street vendors sell treats and drinks, as well as masquerade masks dusted with glitter. Revelers dance around the unhsa or yunsa, a tree decorated with sweets, liquor, ribbons and toys. Later they attempt to cut down the tree and when it finally topples, the crowd rushes to grab the prizes, with the person who brought it down getting to be the following year’s governor of the feast. In the past, party goers would seal scented water inside eggshells and throw them at one another. Nowadays, the ritual is repeated, this time with water balloons.

While Catholic in origin, nowadays Carnival, in all its colorful, hedonistic glory, is more about eating, drinking, and partying away the day and night.

Places to Party in Peru

Natives and tourists alike flood the town to participate in the regional twist, Sunday of the Crosses. During the procession, the crowd carries crosses made of flowers in honor of Señor de Soledad, Huaraz‘s patron saint. It ends at the church of the same name.

To completely indulge in Peru’s celebration, head to Cajamarca, the capital of Peruvian Carnival. It is, by far, the grandest, most over-the-top fiesta in this Andean nation.

Given this city’s international appeal as the kick off site to Machu Picchu, Cusco‘s Carnivals carry on longer than others in Peru and some of the parties are more of a melting pot of Carnivals, boasting flavors from other regions.

Checking the calendar before planning your Carnival adventure in Peru is important as the dates coincide with Easter, which changes year-to-year.