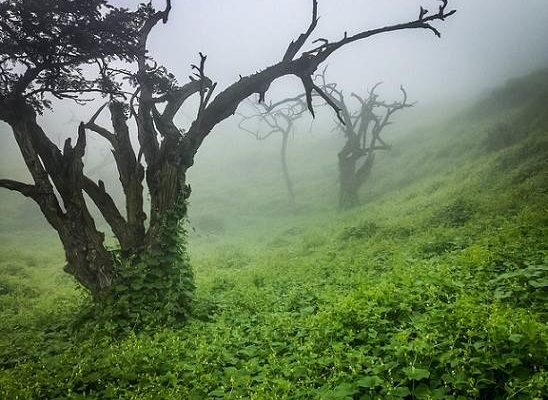 Aside from all the tourists attractions offered by the capital city of Peru, the Lima region also offers us the possibility to step away from the city centre and step into a beautiful tour of nature based in one of the areas most favored natural reserves. This place, considered a local gem by its native visitors, and as yet for the most part unexplored by foreigners, is: Lachay Hills or Las Lomas de Lachay.

The Lachay Hills are located within the province of Huaral, reaching the 105th kilometer of the Pan-American Highway system, and can be reached at a distance that would approximately take two and a half hours from the center of Lima. Just as its name would indicate, the reserve is home to a microclimate of hills which are there due to the high levels of fog produced and coming inland from the sea and which in turn collides against the mountains and creates an excess of humidity. The humidity being the perfect environment for the hilled area to grow rich with vegetation. This unique spectacle of nature, which occurs only partially in the year (during the winter months), also brings about the varied presence of the different species of vegetation and animals that inhabit this area and which are difficult to see anywhere else in the continent. Many times they’re even endemic to the area; in other words, originating and completely exclusive to the hills.

Within the flora that you would typically see in this zone, you would find 96 different tree species, bushes, shrubs, and cacti. As well as types of algae, moss, and lychen that cohabit on the ground, on rocky surfaces, branches and tree bark. The different species of vegetation tend to inhabit within a specifc type of hill which develops at different altitudes or heights. This variation in levels allows for differences in climates making each hill an ideal place for the different species to develop and grow. We have the Herb Hill with breeds such as the Piqueria and the Croton; the Rocky Hills and the Park Hills with various trees over which pretty begonias tend to crop up.

Now, in terms of the fauna found at Lachay Hills, there are approximately 50 different species of birds- some with special note and worth mentioning are, the Turtupilin (red breast and body, with black wings), the desert owls, and mountain parrots. There are also nomadic birds like the country plover, and the peregrine falcon which migrate from the United States and stay in the area for the winter season.

You’d also see the mountain partridge, the andean fox, gray deer, and a variety of lizards, mollusks, beetles, ladybugs and a type of snake named “el jergon de la costa,” (meaning that the snake moves about on the flat surfaces, floors of the area) of which you should take particular care with, as its venom is deadly.

Flora and fauna aside, the shape and size of the hills can’t be disregarded! Taking the Cerro de la Virgen (The Virgin’s Hill) as an example, it has the shape of a kneeling woman which can be seen from a distance or from certain vantage points. Then there’s also the Cerro de Alta Capilla whose rocky surfaces has the silhouete of an eagle, a frog, and an Incan warrior.

Once inside the reserve, you’d find areas designated for camping, picnic tables and grills for barbecuing, and full service restroom facilities. There is also access to an on site musem and plenty of well marked paths and informational signposts so that no one runs the risk of getting lost while there.

If you’d like to take a full day tour into the Lachay Hills, it’s possible to hire the services of agencies such as Sumaq Peru. Taking part in one of their organized outings would start you off at 7 in the morning and last until 8 in the evening and they include: transportation, breakfast, a visit to the museum located at the reserve, a “green” trekk through the hills focusing on the natural environment, a stop at the city of Huaral for lunch and shopping options and finally the return back to Lima.

Since at Lachay Hills the vegetation grows during the winter season, its recommended to make your visit between the months of August and October- these are the months with the most flowers in bloom. Additionally, it’s always recommended that you pay close attention and follow the instructions of the park ranger; don’t pick or gather any wood and or vegetation, and never give the wild animals any food. Above all, never deviate from the paths and trails specifically marked for visitors and hikers.