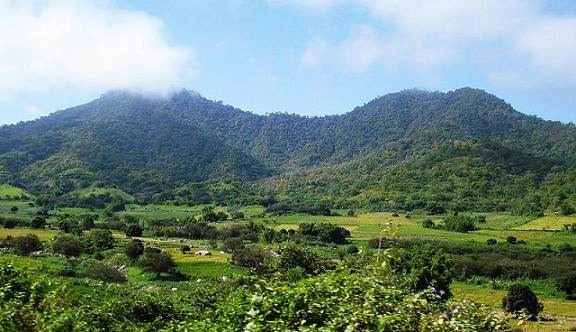 Apart from preserving the various species of flora and fauna, the protected areas of Peru offer the best natural visual spectacle of its genre…truly a remarkable and special experience for its visitors. One of the best examples of its most spectacular natural beauties is located heading northeast of the Peruvian territory within the Amotape Hills National Park.

The Amotape Hills Natural Park shares its lands located in Contralmirante Villar and Zarumilla provinces with the northern Piura region and southern Tumbes region, respectively. Over its surface area; extending past 152,000 hectares (375,600 acres); crosses the Tumbes River. The Tumbes running through the Park creates a unique juxtaposition; a totally exclusive contrast between two natural eco-regions. A its western extremity is the Pacific tropical forest – typically characterized by its lush greenery, quite similar to that of the Amazon – and at its eastern extremity, is what is considered the Pacific regions best well kept example of equatorial dry forests, with views extending towards the horizon of undulating rocky hills. Due to the spectacular presence of the Amotape mountain range, which is made up of a series of hills cropping up by the seacoast, there has been created a natural habitat for a varied range of vegetation, giving it the well deserved title of “The Worldwide Center for Assorted Plants.” Within the various profusion of flora that this natural reserve boasts of having (around one thousand species), you’d find the hualtaco tree, angolo, pasallo, porotillo, charán, guayacán, huápala, ceibo and palo santo (holy stick) trees – all who’s natural habitat is located in the equatorial dry forest. Located in the opposite direction, in the tropical forest, you would find species such as the pretino tree, blackwood, the native cetico, tachuelillo, palo espelma, palo de balsa, and cedar trees.

In terms of the fauna that considers the Amotape Range as its home, the most representative and commonly thought of in the region are the Tumbes crocodile, the Tumbes monkey (indigenous to the region), the white monkey, giant otter, white squirrel (the albino version of the Eastern gray squirrel), red deer, wild hog, puma, and 3 and/or 4 toed anteaters to name a few. At the same time, the National Park is an area of worldwide notice in regards to the care of various bird species, housing many which are currently on the list of endangered avian species, like the Peruvian pacharaca and hawk, Royal Flycatcher, pigeon, and the Hooded Siskin.

To really profit from the exotic beauty of the Amotape Hills National Park, contact a great agency like Santu, specializing in touristic and adventure based 2-day excursions, which include transportation, permits, admission tickets, first aid supplies, knowledgeable tour guide, lunch, and the option to return to your hotel via bicycle.

To relax between visits to the reserve, we recommend the Arrecife Hotel perfectly located within steps of Zorritos beach in Tumbes, which does offer cable, internet connection, air conditioning, and restaurant with direct access to the beach, ideally suited for surfing.