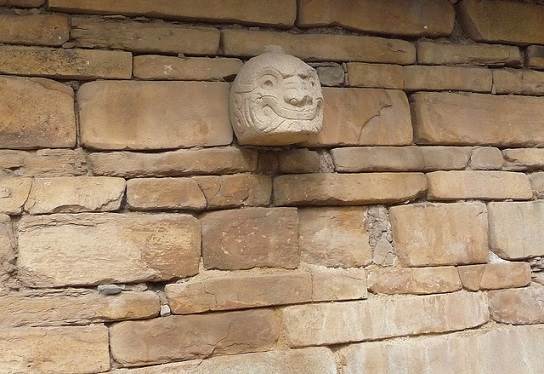 In view that it seems a bit unfeasible that the Mayas and the Aztecs would have had the ability to migrate on large horses to colonize the north of Peru, the Peruvian archeologist Julio C. Tello, considered the most important authority on ancient Peruvian culture, maintains that the origin of Andean culture was not in foreign migrations, as suggested by Max Hule in his theory, but rather on the migrations of the remote Arawak tribes that originated from the Amazon towards the coast.

This not very advanced civilization was born in the current Brazil and dispersed towards the South American Pacific coast in search of better lands to cultivate. On the way they encountered the imposing Andes, which presented the great challenge of improving their social and technological knowledge in order to reach their destination. That is how the first great Peruvian civilization was born: Chavín de Huántar, in the current Huaraz, department of Ancash.

The Chavín culture had great importance in the development of later Peruvian civilizations, since they greatly influenced the inhabitants of the Central Andes that migrated towards the south and forged the cultures of Paracas and Nazca and planted the seeds for the Huari, Tiahuanaco and Inca cultures. Likewise, the Arawak migrants brought plants such as yucca, corn, yam and kidney bean to the coast and learned how to domesticate American camels such as the llama and the alpaca. Furthermore, in the religious aspect, all the ancient Peruvian gods resemble woodland felines, for example the Monolithic Eel of the Chavín de Huántar: an offer to the Jaguar god.

The Importance in history

As we all know, the language of the Incas was Quechua, which was uniformly distributed in South America thanks to the conquests of Pachacútec  and Túpac Yupanqui. However, if we study the origins of this language, we will be able to find that the most ancient Quechua is the one spoken in the Rio Santa Valley, in the current Ancash, that was under the great influence of Chavín.

This language was migrating towards the south and had its variants in different cultures but stayed practically intact in the Huari empire, which influenced the inhabitants of the Cuzco Valley in the years prior to the formation of the Empire.