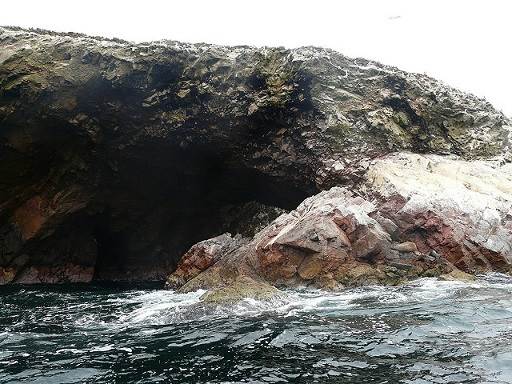 If we wish to visit an ecological destination, being in communion with nature and diversity of animals, Paracas is the perfect place, just a few miles from Lima (152 miles) and with a great variety of tourist attractions, it is the only National marine reserve in Peru.

Paracas is also the name of the winds that sweep the area, which with its force can produce sand storms. Geographically, it is a bay and a coastal peninsula, located in the province of Pisco (Ica), an area of calm beaches, plenty of sunshine and summer weather almost all year long.

How do we get there?

Using transportation companies whose destination is Pisco or the South. Once in Pisco (at 9.5 miles) we can go to the National Reserve of Paracas. On the 27th Kilometer (approx. 16.7 miles) of the Pisco-Puerto San Martin road is the Visitor’s Center attached to the Julio C. Tello Museum, which we can visit, and where we will receive complete information about the Reserve and guide services.

The National Reserve of Paracas

The National Reserve of Paracas is a unique place on Peruvian coast due to its exceptional biological diversity, created by the Humboldt current and the coastal surface, which creates the richest and most productive sea of the world. In this natural space we find 216 bird species, over 180 fish species and 20 cetecean ones.

The Reserve also has cultural and historical value, evidenced by the 114 archaeological sites which bear testimony to the successful interaction of the ancient inhabitants of Paracas with the ocean.

The National Reserve of Paracas is the only natural area protected by Peru which maintains a sample of the marine coastal ecosystem. Comprised within the National Reserve of Paracas, it is a protected area.

On the northern area, atop a sand hill, is the figure of the “Candelabro” (candlestick), of huge dimensions; a theory attributes its design and construction to pre-Inca cultures. The best way to see this figure is from the boats that do the tour to the Ballestas islands and when getting closer allows for a wonderful view of the “Candelabro.”

The peninsula is full of beaches in the southern area, the sandy and few wave ones stand out, such as Lagunillas and its fishermen cove, La Mina, Yumaque and Mendieta, ideal for camping, fishing or underwater hunting. The Punta Arquillo beach has a natural scenic viewpoint from which you will be able to admire a colony of South American Sea Lions in their natural habitat. The Atenas beach is the ideal one for surfers, with a stone floor, located on the northern zone. To enjoy beautiful marine sceneries, the beaches La Catedral and Los Frailes are recommended.

The Bay of Paracas is located on the northern part of the Peninsula, and is where, according to history, the Liberator San Martin had a dream which inspired the design of the National Flag when he saw the Chilean Flamingos that rest on these beaches. San Martin disembarked on this bay in 1820, as many cruise liners do nowadays with large numbers of tourists.

In the cities of Paracas and Pisco you can buy tickets to do a tour of the Ballestas islands by boat. The normal price is about USD14 per person. The tour takes 2 hours – 30 minutes to get there, 30 minutes to return, and one hour to see the animals and birds.

Visitors are not allowed to get off the boats on these islands, so they cannot disturb the animals that live there. However, the boats get close enough that one can enjoy the beauty of these animals, like for example the sea lions.

On the Islands, we can admire the Humboldt Penguins or Pájaros Niños, mammals like the sea lions, dolphins and different varieties of birds.