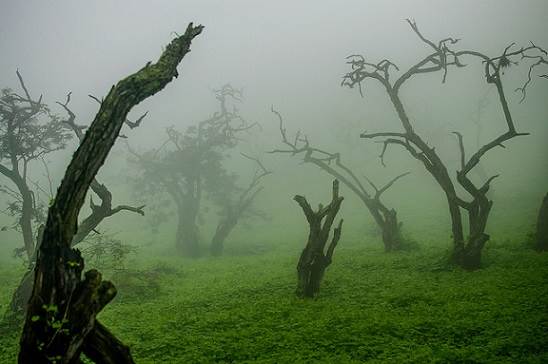 If our first impression when arriving at Lima is of a modern city with a frenetic rhythm, besides being a place rich in history and culture, we also think if there are other types of elements that would be interesting to see. For example: nature.

Lima was founded in the bed of the valley of the Rímac River and at 5 leagues from the Pacific Ocean, which is why we may intuit that there still exists some natural places to escape the noise of the city. And so it is: there are four main, natural tourist spots existing in the capital of Peru.

Located in the Chorrillos district is a zone that has been preserved since 1989. It is recognized, furthermore, as a conservation place for aquatic birds that pass through here on their migratory voyage northwards.

A visit there is interesting due to the fact that it is the only protected, natural area that exists within the metropolitan area of Lima, which gives a great scientific and educative value since as the city has grown, the nature of this area has slowly adapted until it has found its own equilibrium.

The wetlands of the Villa Swamplands is integrated with the basin of the Rímac River, which surfaces its subterranean waters. Furthermore, it is home to 155 species of birds and another important amount of flowers, reptiles and wild animals.

Located in the Huaura district, two hours from Lima, the Lachay Hills National Reserve is the main ecosystem of coastal hills in the department. It was established as such in 1977 in order to restore and conserve the wild flora of the hills that serve as a natural resource for the capital’s water supply.

It counts with a singular biological diversity as well as, ruins of Pre-Colombian cultures and rupestral art, which indicates that Lima was inhabited by Peruvian man for more than three thousand years. Reserve It is unique in its genre because of its beauty and its breadth. It was created in 2001 and its function is to protect and conserve the high basin of the Cañete and Pachacayo river, which encompasses an immense ecosystem of very particular flora and fauna, in which rural communities and nature coexist.

These communities have developed forms of social organization in order to administer the resources that nature gives it, as well as, nature forming beautiful landscapes that beg to be photographed.