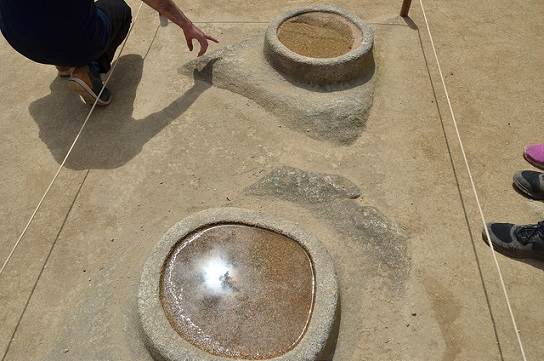 The study of the astros was a key component in the process of decision making for the Incan Empire. Since ancient mythological times, the Incas had been at the mercy of divine planning. To do this, they would study the movements of the sun and the moon and thereby determine the exact propitious moment to begin their agrarian year. Both the sun and the moon had major significance and importance for their rituals.

During the times of the Inca Pachatutec, the 9th Inca and the first Emperor (Pachatutec was the 9th Sapa Inca of the Kingdom of Cuzco, and then became the first Emperor when lands were conquered and unified), it was decided that in order to bond the lands of what had by that time become the vast Empire,  there should be a unifying religion under the Sun god as the ruler.  The Sun god would be the unifying force for such a vast and multi-colored nation. To accomplish this goal, Pachatutec sent out to have temples built throughout Quechuan territories, for the purpose of respecting and worshiping the Sun.

Through the use of solar observatories; which were placed in specific strategic places of the Empire to corroborate with scientific precision; the Incas determined the summer and winter solstices which they called the “Inti Raymi” and the “Capac Raymi” respectively. These two were the core points of reference for the agricultural year of ancient Peru.

According to the writings and documentation left behind by the Spanish conquerors, compiled from the oral (verbal) traditions of the indigenous, in the Cuzco region there existed an enormous public solar calendar, made up of stone pillars- 5 meters (16.5 feet approximately) high each one.  This calendar would establish the date by a combination of light and shadows from the solar light which would hit the structure and cause varying gradients of light to bounce off, pointing out towards the horizon. However, even though the agricultural calendar was measured by the position of the sun in space, the Incan one derived from a lunar calendar which has an interesting and peculiar reference to numerology. The lunar calendar measured time by tracing the amount of time it took for the moon to fully revolve once around the sky, meaning, just a bit more than 27 days.

Then, you can deduce that: one year with 12 months has a total of 328 days, which is the exact number of huacas (an object that represented their revered gods, typically a monument of some kind) the Incas built in the surrounding Cuzco area. This signifies that they were aware and had knowledge of the exact movements (or trajectory) of the stars and were able to manage two separate calendars indistinctly.