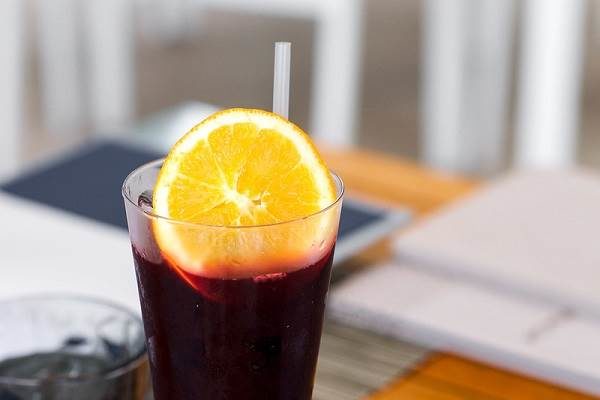 For me, a big part of the fun of traveling is experiencing life as a local.

Below are six drinks you should taste to experience life as a local during your trip to Peru.

Pisco sour. The Pisco Sour is the national drink of Peru. It is a delicious concoction of Pisco brandy, frothy egg whites, fresh lime juice, simple syrup, angostura bitters, and ice. The Pisco Sour was invented in Lima in the 1920’s by American bartender Victor Vaughn Morris. If you stay at the Ramada Costa del Sol at the Lima airport, you have a choice of redeeming a gift card for a bottle of water or a Pisco Sour. I always choose the Pisco Sour. I also like to drink my Pisco Sours in the oak-paneled bar at the Gran Hotel Bolivar in Lima. The bartenders there have been turning out first-rate Pisco Sours for nearly a century. If you are fascinated by Pisco Sours, we can even arrange a Pisco Sour lesson for you as part of your Peru guided trip.

Inca Kola. Inca Kola is a national icon. In fact, it is more popular than Coca Cola in Peru. It is a bright yellow soda that I think tastes a bit like bubble gum. I first tried Inca Kola on the plane from Lima to Cusco. This was also the last time I tried it. I suspect it is an acquired taste. But, since it is a source of national pride, it’s a drink you should include on your list.

Coca tea. Almost every hotel in Cusco has a coca tea service set up in the lobby. For an authentic cup of tea, use the loose leaves instead of the tea bag. Place a small amount of leaves in the bottom of a teacup and then fill the cup with hot water. I like to add lots of sugar to my tea to balance the bitterness of the coca leaves. Let the tea steep for three to five minutes. Then, sip carefully to avoid getting coca leaves in your mouth. For some reason, coca tea tastes better in Peru than anywhere else. I’ve tried ordering it on Amazon.com. But, it’s just not the same.

Cusqueña beer. Cusqueña is one of the most popular beers in Peru. It takes its name from the people who are from Cusco – Cusqueños. To drink your Cusqueña like a local, order a large bottle to share among friends. The bottle will come with a single glass. Pour a shot of beer in your glass and pass the bottle to the person sitting next to you. Pour a little beer on the floor as an offering to the Pachamama (mother earth) and then down the beer. Flick out the foam and pass the glass to the person holding the bottle. Continue in this way until it is time to order another bottle of Cusqueña.

Chicha. Chicha is a brewed-corn beverage that has been popular since the time of the Inca. In fact, mills in which chicha was probably made have been found at Machu Picchu. It is still so popular that you will see porters literally running down the Inca Trail to get to the chicheria before the chicha runs out. There is pink chicha and yellow chicha. Strawberries are added to the pink chicha, making it the sweeter of the two. The yellow chicha seems to have higher alcohol content. You can try both types of chicha at El Descanso in the Sacred Valley or at many local (not tourist) restaurants in Cusco.

Chicha morada. Chicha morada is a non-alcoholic variety of chicha made from purple corn. It has a thick almost syrupy consistency and a sweet flavor. You can order chicha morada as a soft drink in most restaurants. Prepare to have a purple tongue after you drink your glass of chicha morada.