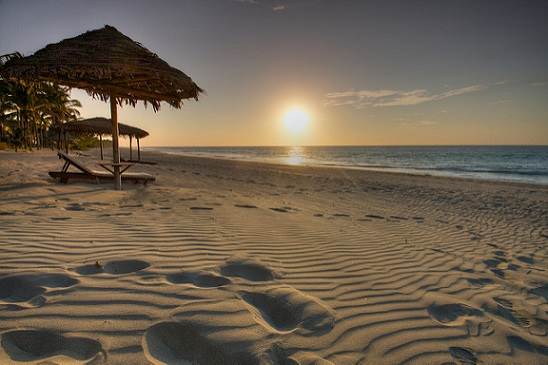 One of the best things about northern Peru is the sheer awesome presence of the ocean. In the northern waters, people do everything from fishing to taking on the waves surfer-style. Without a doubt, the surfer’s jewel on the crown of northern Peru’s surfing scene is Piura with its beaches that are homes to the world’s best waves.

As every surfing aficionado knows, the adventurous sport requires wave-riders to commandeer a board made-up of Styrofoam, fiberglass, and polyester. The goal? The goal is to ride the biggest and fastest waves like the ones in Piura.

The Piuran Waters
From Lima and via the Northern Pan-American road, the northern region of Piura could be reached within 15 hours. Flying from Lima to Piura’s Guillermo Concha Iberico airport takes as little as an hour and will leave you in the capital city, which is also named Piura.

Upon reaching the region, you will have many surfer havens to choose from. The most popular and recommended is Yacila in the Paita providence, which is west from the City of Piura.

From the City of Piura to Yacila takes an hour’s time. Nearby, there are many more beaches that will allow for an all around surfer’s tour. To the north, there’s Lobitos, Cabo Blanco, and Los Organos. As the piece pièce de résistance of the surfer’s paradise, Mancora offers the best waves of the region.

In order to catch the year’s best waves, visit he Piuran region in April and September. This is when the waves are at their tallest. It is recommended that you contact a travel agency like Traficoperu.com, which covers transportation, room and board into the City of Piura or Mancora.

Travel agencies can also arrange surfer instructors that will help inexperienced wave enthusiasts as well as provide the necessary equipment to take on the waves like surfboards and bodysuits. Crash course or not, the surfer’s tour of the region can take an entire day. From the early morning to six in the afternoon, beachgoers can decide to test their board riding skills in one or more of the regions abundant beaches. Where to Stay
After adventuring into the waves and dominating them, stay in the city at Los Portales Hotel (Calle Libertad 875) located in the financial district of the City of Piura. The hotel has a colonial style look and feel to it, and there, you can most definitely count on the comforts of the hotel’s business center’s services, meeting halls, wi-fi, pool, restaurant, bar, live shows, the courtyard’s cafeteria, and transportation to and from Piura’s surfing regions.

But if you’ve been smitten by the beauty and charms of the ocean, hotel Mancora Beach (Km 1215 de la antigua Panamericana Norte) – complete with a restaurant, bar, and pools – offers guests a chance to room in bungalows resting beachside.

For those who want to treat their taste buds to Piura’s cuisine, El Arrecife (Calle Ica 610) stands above all other seafood establishments with its Chinguirito (dried fish marinated in lime and topped-off with a fresh seafood cocktail) and its Parihuela (a Peruvian seafood broth). Los Cantaros (calle Libertad 746) is another restaurant worth visiting with its typical to the region dishes such as their Seco de Chabelo (a pork and plantain platter), Carne Aliñada (Peruvian grilled seasoned pork), Natillas (a cinnamon egg custard dessert), and Cocadas (a coconut candy dessert).

What to Bring
Piura’s climate is tropical and dry with summer temperatures typically reaching 104º F (40º C), so remember to wear loose clothing, hats, sunscreen, and shades. Sunscreen will also help you avoid being a meal to the abundant-in-the-night mosquitoes.