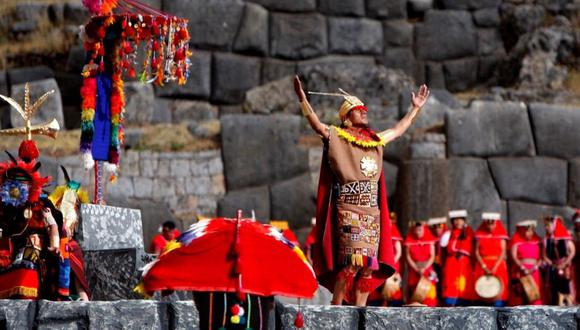 Inti Raymi (the festival of the Sun) was the largest and most exciting celebration in the Inca period and today it is the 2nd largest festival in Latin America. It was dedicated entirely to the cult of the “Sun God” and was always carried out on the 21st of June, the winter solstice in the southern hemisphere, in the main square of Cusco.

In Andean mythology, the Incas were considered the descendants of the Sun, and therefore, the people had to offer a sumptuous celebration to him annually.

The festival was carried out to thank the Sun for abundant harvests and to ask for good harvests in the coming season. In addition, during the winter solstice when the sun was moving away from the earth, the Quechua people performed rituals to ask the Sun to not abandon his children.

The preparations were carried out in the Qoricancha (the Temple of the Sun), in the Aqllawasi (the house of the Virgins of the Sun or chosen women) and in the Wakaypata (Main Square). Three days before the ceremony the people practiced fasting and sexual abstinence. Before the dawn of the 21st of June, the Inca and the Willaq Uma (principal priest) presided over the Cusco nobility all gathered in the Main Square, where they also brought the “Mallki” (the mummies of the ancestors) so that they could participate in the ceremony.

At the rising of the sun, the people would greet their God with the “much’ay” by “blowing kisses” with their hands to the heavens – a symbolic offering. Afterwards, all the people would chant what appeared to be sad songs, therefore creating a solemn and religious atmosphere. Then the son of the Sun (the Inca) would offer in two golden ceremonial glasses “chicha” (the sacred maize drink) in his right hand to the sun and then pour it into a golden channel that connected the Main Square with the Temple of the Sun.

Then, the Inca with his entourage passed down the Intik’iqllu (or the Street of the Sun) towards the Qoricancha to make the sacrifice of a llama. With a golden ceremonial knife, the “tumi”, he had to open the chest of the animal and with both hands pull out the beating heart, lungs and internal organs, to observe these elements and to predict the future. After the sacrifice the priest had to produce a sacred fire in front of the Sun and he had to catch its rays in the concave gold medallion that contained some oily material to produce the fire.
At the end of the ceremony, all the people gathered to eat, drink chicha and dance.

In the present, Inti Raymi is organised annually in Sacsayhuamán on the 24th June, the same day as the “Day of the Campesino (or rural peasant). It’s an impressive ceremony that commences at the Temple of the Sun, from where the Inca is carried in his golden throne by a colourful entourage of personalities that represent the population of the four parts of the world, to the Main Square. Afterwards everyone participates in an impressive procession to Sacsayhuamán, a spectacle in itself.

For visitors, the most comfortable option is to have a ticket in the grand stands where our guide will accompany you and explain the significance of the ceremonies which are performed in Quechua.