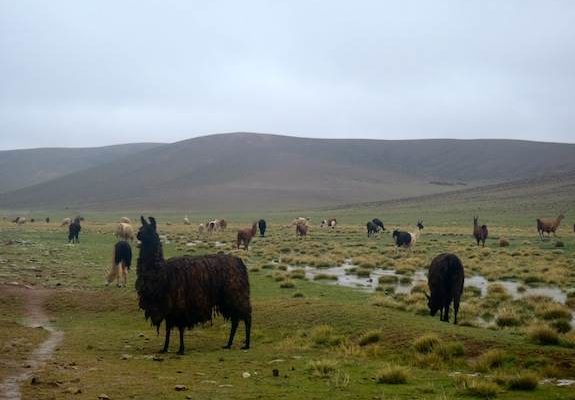 There is this feeling you get when you travel… of being completely and totally clueless. You don’t have home state advantage. The common knowledge, the common language – everything changes. Suddenly every 5 year old is “smarter” than you.

Imagine you met someone who didn’t know the difference between a horse and a cow or a duck and a swan. You’d probably think they were crazy. Everyone knows the difference! It’s common knowledge that we all learn as kids but “common” changes as you travel.

If you are planning South America travel, get ready to be the crazy, stupid gringo. Do you know the difference between a llama and an alpaca? Do you even know what a ‪vicuña‬ or a guanaco is? If you are like the typical foreign tourist, the answer is probably no to both of those. To help you out here is a quick breakdown of what each of these animals looks like and what it is used for. Hopefully now you wont embarrass yourself when talking to that 5 year old kid from Peru. They are probably still going to laugh at your Spanish though.

The llama was first domesticated about 6,000 years ago by the Quechua Indians. They were bred to serve as pack animals and can carry over 1/4 of their body weigh. Anyone who has walked the Inka trail or climbed Wayupicchu can see why the Inka and earlier Indian tribes needed pack animals. The Inka culture thrived thanks to these creatures who were able to transport supplies and products from every corner of the Inka empire.

To spot a llama, look at the ears. Llama have curved, almost “banana” shaped ears. They are also about twice the size of alpaca and have corse hair, which is usually shorter. Alpaca were domesticated around the same time as llama. Unlike llama, they were bred to be used as fiber producers. Their hair is used for making a number of knitted and woven products and almost all of the hand-made clothing in South American markets are made with this fur. Alpaca are also occasionally used for food and you can order an alpaca steak at many traditional restaurants.

To spot an alpaca, look for a hair ball… really. These animals produce a ridiculous amount of fiber per year thanks to their fast growing fur. The only time they might be confused with a llama is right after shaving session when their fur is collected for weaving and they look more like a young llama. Llama and Alpaca are often kept together in the same herd which can lead to the confusion between them. In the high, cold Andes’ temperatures llama can also grow quite long fur coats themselves and look more similar to alpaca. You can usually assume any cute, dresses up animal is an alpaca. The locals see llama as a work animal and still use them as pack animals every day. Alpaca, with their fluffy cotton like fur are much better used as a tourist lure and you will find them set up for photo ops wherever there are loads of tourists.

Unlike llama and alpaca, ‪vicuña‬ and guanaco were never really domesticated. These wild animals look very similar to llama and alpaca due to the fact that they are closely related and all shared a common ancestor.

The ‪vicuña‬ are small, almost deer like creatures that roam the highlands of Peru and Bolivia especially. They are more closely related to the alpaca and produce a fine fur that is one of the most valuable fibers in the world. Due to their endangered species status, they cannot be killed for their fur but the Peruvian government allows for a certain number of the animals to be caught every 3 years, shaved, and let go unharmed. The fur gathered during this process can cost as much as $3,000 per yard.

The guanaco are more similar to llama and found more often in the Southern Andes around the area of Patagonia. They are also a protected species but their fur is more corse, less desirable, and as such they have been able to improve their numbers more easily than the ‪vicuña‬ since gaining protection as an endangered species. They have small ears and come in less colors (mainly just brown with white underbellies) than their domesticated cousins, the llama.So there you go. You can now travel to the highlands of the Andes and be confident that you’re not going to get an eye-roll from the locals for squealing “Llama!” the first time you see a cuddly baby alpaca. Oh, and in the case of all four animals above – try not to make them mad. They spit.