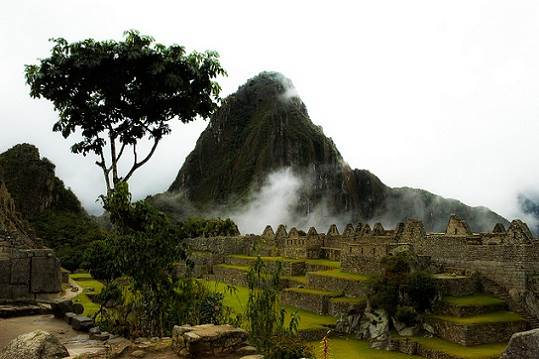 Mountains abound in the marvelous and millennial city of Cusco, but there is one especially close to the world wonder of Machu Picchu; we are talking about Wayna Picchu.

According to studies found in recent years, it is known that before Machu Picchu was discovered by Hiram Bingham, this entire zone was simply known as Picchu, which means “mountain”.  This zone has a division, where two areas are clearly identified:

The Machu Picchu Sanctuary  is actually located at the meeting place of these two mountains. When one reaches the north point of this sanctuary and one goes towards the rear of this sacred rock, one will find a path that leads to Wayna Picchu.

One continues on this path and one passes a small hill called Uña. The path that we are on continues on a narrow stairway, that turns out to be very long and will cover the entire west side of the hill. The wonderful part of all of this is that you will notice that the steps of this stairway have been carved out of the rock itself, in some parts. As we continue following the route of this path, we begin to observe an extremely awesome landscape, such as the cultivation terraces that form part of the gardens and all the wonders that surround this spectacular sanctuary.

There is another path that also leads to Wayna Picchu which is part of Mandorpampa, in the northeastern zone.  This last path is extremely steep and extensive in comparison to the first; furthermore, this one passes through grottoes and terraces that served to deposit the dead in previous epochs.

Wayna Picchu’s peak is some 2, 720 msnm(meters above sea level) and has the shape of a switchblade. On this mountain one finds  “La Silla del Inca”(The Seat of the Incas), which is a carved stone that is found in the middle of the rocks; furthermore, some closed off areas and terraces.

When one is in  Wayna Picchu, the view that one has of the surrounding landscape is simply marvelous, since one can see the entire historic sanctuary as if it were a maquette that we could pick up with our own hands.  Without a doubt, an unforgettable experience.